Learn
/
NFTs
/
What is an NFT Allowlist (Or Whitelist): Guide

What is an NFT Allowlist (Or Whitelist): Guide 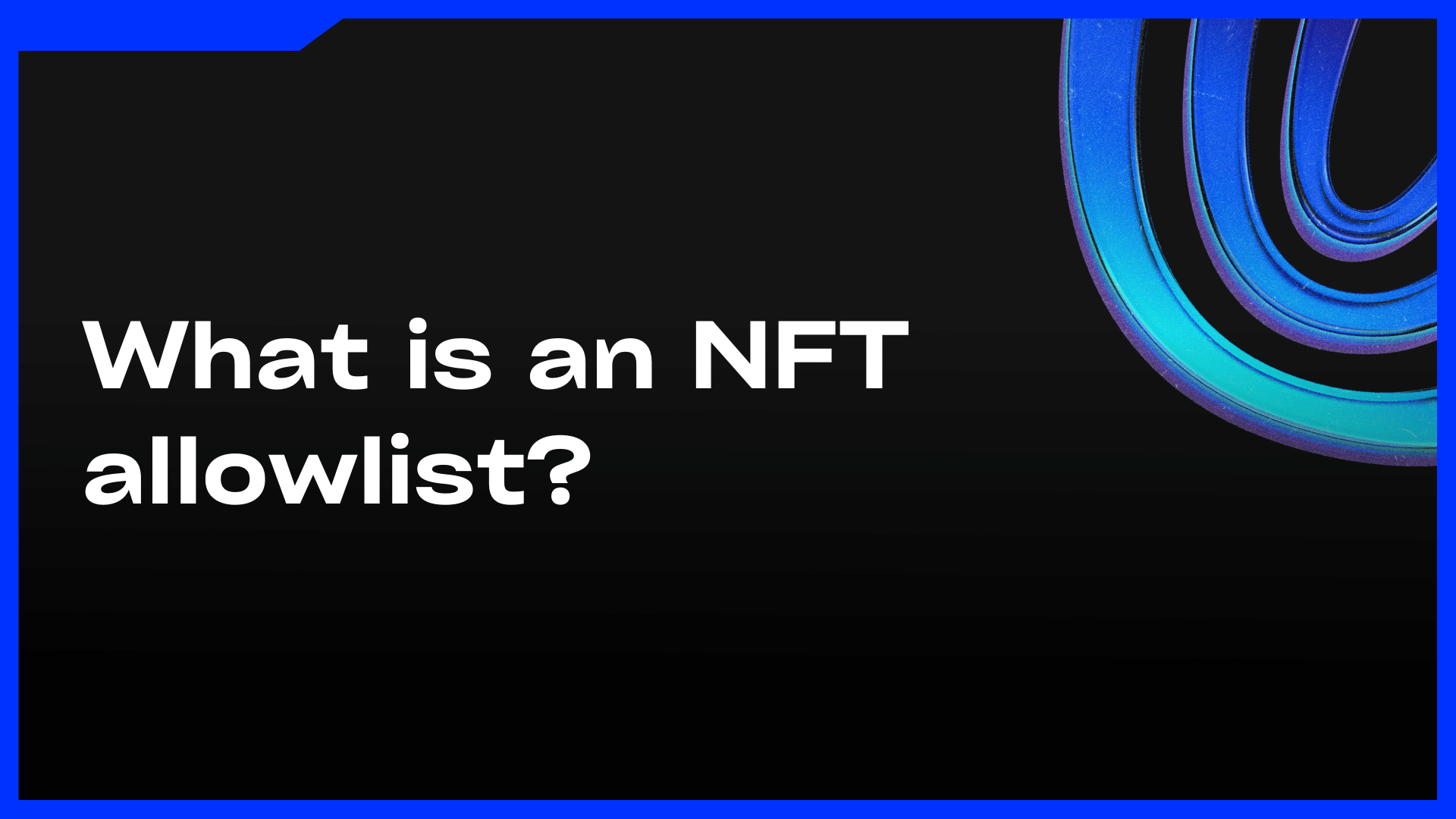 An NFT allowlist (otherwise known as whitelist) is a list of crypto wallet addresses collected via a web3 enabled form that allow specific community members a guaranteed spot for minting a new NFT collection.

Sales of NFTs have exploded in the past 2 years and some of the most iconic projects in web3 have been NFT projects – think CryptoPunks and Doodles. These projects have massively benefitted their early adopters as their value has skyrocketed from their initial minting price. You may have got FOMO and find yourself wondering, how you can become one of the early supporters of the next iconic NFT project?

What is an NFT Allowlist?

NFT allowlists are a list of wallet addresses that have been given special minting rights to new NFT projects. This right guarantees the option to mint one or multiple NFTs before their official, public launch date, often at a cheaper price.

Depending on the NFT project, this advance minting timeframe can range between 24 to 48 hours before the sale is made public.

To get onto an allowlist, each NFT project can set their own criteria and when your wallet address is added to the allowlist for a project, it means that you have fulfilled the founding team’s requirements. Examples of requirements include participation in a raffle draw, following social media accounts and tagging friends in a social media post.

Why are NFT allowlists Important?

NFT allowlists are similar to a VIP list for an IRL event. People who are on the allowlist receive special perks. NFT allowlists allow the founders of a NFT project to reward their early supporters who may have helped to promote or contribute to the project. In addition to giving these supporters a lower minting price, allowlist access also helps to keep gas fees low when they’re minting their NFTs. This is similar to traffic crashing websites when there is high demand for a product or concert tickets (ex. Think Beyoncé concert ticket sales). Being on the NFT allowlist means you have a specific time period during which you can choose to mint an NFT at your leisure without needing to compete with others during a period of high demand.

For NFT projects that have high demand and a lot of public interest, the public mint can sell out very quickly and getting onto their allowlist will guarantee that you will have a chance to purchase one (or several) before the collection sells out. NFT allowlists benefit both the founders of a project and their community.

Steps to Getting on an NFT allowlist

NFT allowlists are a common way for founding teams to reward their early supporters. It’s completely possible to get on the allowlist of an upcoming NFT project, which will guarantee your ability to mint one of the NFTs in that collection before the sale goes live to the public.

Now that you know what NFT allowslists are and where they can be found, one of your first action items can be to follow Metacommerce’s own Ryan Watkins on Twitter to stay updated about any future NFT projects.

Resource by:
Jenny B. Ge

Can you screenshot an NFT?
How Much Does It Cost to Create an NFT?
How are Brands using NFTs? Marketing & Beyond
How do NFT Royalties Work? (In-Depth Guide)
How to Airdrop NFTs (Guide)
How to Decentralize your NFT Art Asset Storage with Metacommerce and IPFS