Learn
/
NFT Culture
/
What is the Meaning of NGMI and WAGMI?

What is the Meaning of NGMI and WAGMI? 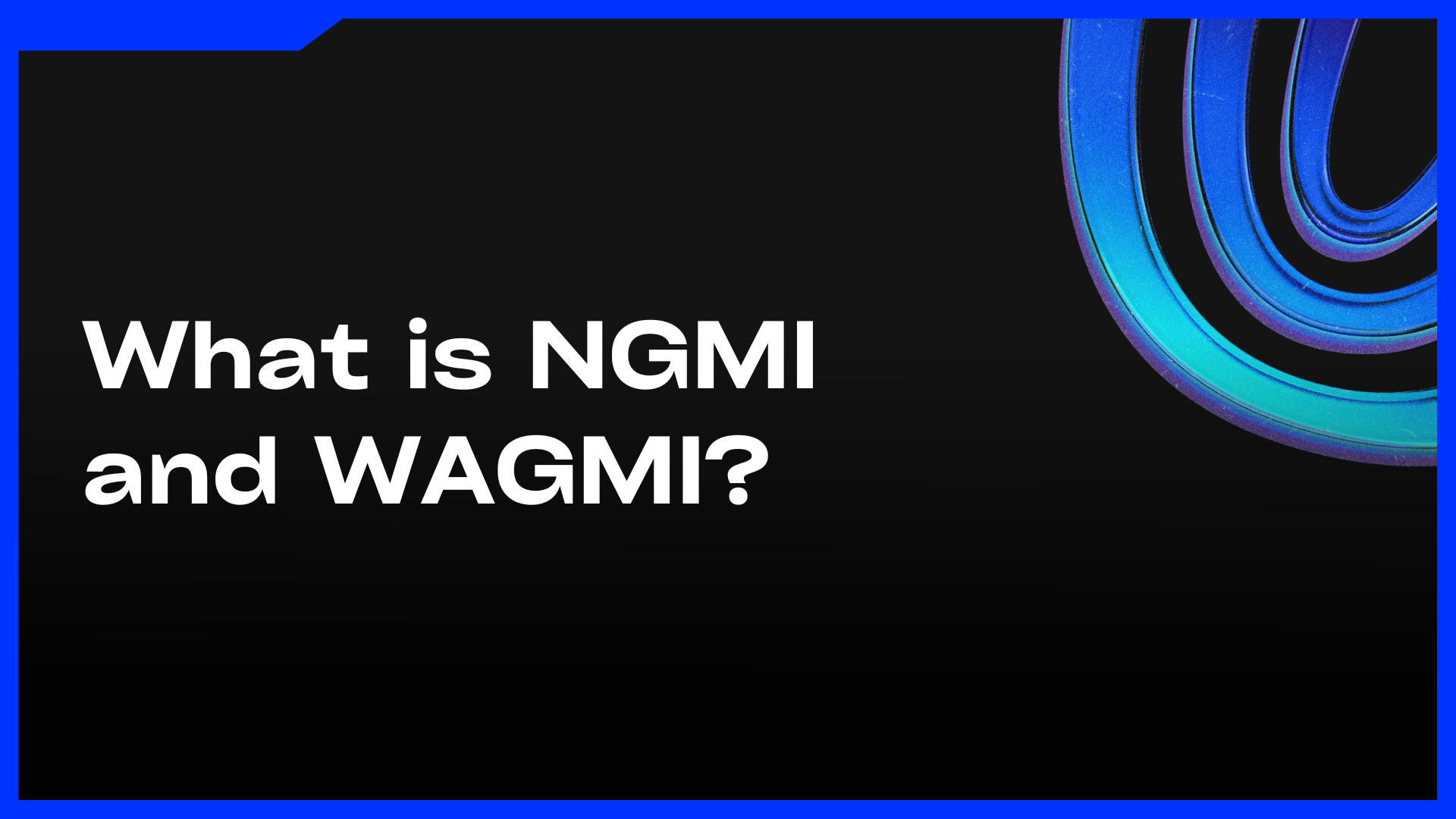 Crypto culture can be intimidating but with just a few minutes, you'll become an expert in using NGMI and WAGMI in your everyday vocabulary.

The crypto and web3 world can sometimes look and sound like an entirely different universe. Just like with a visit to another country, dipping a toe into the web3 world can inundate you with new internet slang words. So what in the world does NGMI and WAGMI stand for, and more importantly, why are they important to web3 culture?

What is NGMI and WAGMI?

NGMI stands for “not going to make it” and WAGMI is short hand for “we all going to make it”. NGMI is used in situations when you won’t be successful due to a bad decision. WAGMI is the opposite and refers to the belief that the community will be successful. WAGMI is typically used as a reaction to good news. NGMI and WAGMI are predominantly used in the NFT world, within web3 culture, and you should expect to see these two acronyms used frequently in NFT Twitter and NFT-specific Discord groups.

Why are NGMI and WAGMI Important?

NGMI and WAGMI are popular expressions in the NFT community, and so knowing what these acronyms mean as well as how and when to use them will help you navigate the NFT world more easily. It’s also important to know the ethos behind NGMI, which is exclusionary, and WAGMI, which is inclusive, because these two expressions speak to the culture of web3. While NGMI points out that another group or community is “different”, WAGMI is the positive belief that everyone in the community is going to make it. The fact that both NGMI and WAGMI are popular expressions highlights how web3 culture is continuing to evolve and invent its own lexicon that demonstrates the community’s values.

Web3 is still a new field that’s constantly evolving and creating new words and expressions. There’s no better time than the present to immerse yourself in web3 culture and to learn about the possibilities of web3 technology. Learning how to speak like a web3 native is one step on your journey. WAGMI 😊

Resource by:
Jenny B. Ge

8 NFT Newsletters you Need to Subscribe to Today
Are NFTs Bad for the Environment?
How do NFT Creators Make Money?